Curzio after Rebilly: Streamlined, efficient, and more in control.

How did he do this, and turn Curzio Research into a flourishing business? And how did Rebilly help with it all? Read on to find out... 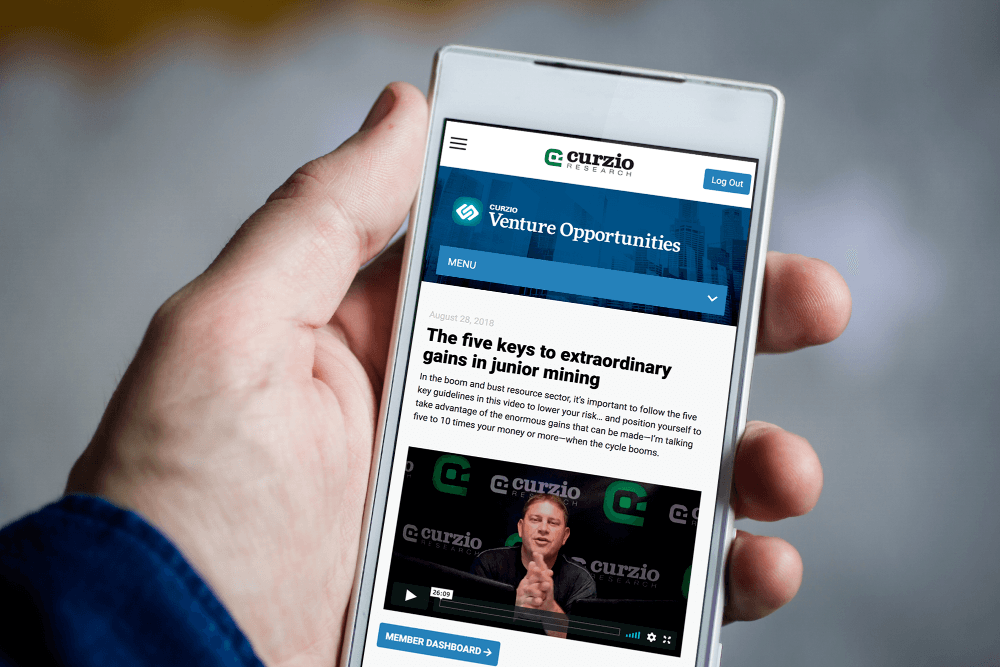 Frank Curzio was likely to wind up in personal finance from day one. He, his sister Christine, and their brother Nick “have been in the business of financial newsletters since we were born, practically.” Their father owned a portfolio management business, and they all worked for him, then branched off onto their own projects and careers, then Frank started Curzio Research.

Over his career, Frank had worked for several prestigious financial newsletter companies, as well as Cramer on CNBC, and had built up a decent following of his own. He decided to start his own financial newsletter — improving on the shortcomings that he saw elsewhere, and aiming to disrupt the newsletter business.

After taking most of 2015 to get their behind-the-scenes operations in order, Curzio Research started selling newsletters in 2016. When they did launch, the first few months exceeded their wildest expectations. From there, the Curzio journey has been about scaling their business, while staying focused on providing the highest-quality customer service possible.

What disruption means to Curzio

In an industry often filled with hot air, Curzio is focused on facts. “We want to make sure we’re not just selling something to pump up a certain stock or the market,” says Christine. Frank goes out to visit each one of the executive management teams of the stocks, situations, or companies that he recommends. Every recommendation he makes in the newsletters is backed up by concrete facts.

“We’re fact-checking, we provide the facts, upsides, and downsides associated with anything we recommend, and put it all together with pictures, links, and photos. Then, people can read the Research Reports and make their own decisions about whether they’d like to invest in it or not.”

On their continued quest to innovate, they’ve also started spinoff newsletters for niche topics, including a cryptocurrency-focused newsletter. They also decided to create a security token offering:

“You may have heard of a private placement — where investors invest in a private company, as opposed to a public company. Instead of doing public investment or creating a private placement, we decided to offer a part of our company up to some of our clients and call it a security token offering. We supply them with a token, and once they invest, we’re going to release the tokens a year later. We’ve registered with all the appropriate agencies. This is something a newsletter publisher has never done before, and it was a lot of hard work, but we’re proud to have done it.”

A subscription-based business model was the most effective and efficient solution for Curzio. They create a monthly newsletter, which they originally offered in annual subscriptions only. After talking to their clients, they now offer multiple ways to subscribe:

After deciding to run their business on a subscription model, they started to set up their payment processes. Originally, their billing was manual and time-consuming. They were using Stripe, which is focused specifically on credit card processing and billing. “They do handle recurring payments, but what we needed is a lot more than what they offer,” says Christine.

They were spending too much time on billing and chargeback prevention, and were frustrated by the lack of flexibility and control over subscription billing features and gateway usage. After their frustration reached a breaking point, they decided to look for alternative solutions.

Curzio after Rebilly: Streamlined, efficient, and more in control

After doing research on the alternatives, the Curzio team was referred to Rebilly.

“We needed a more robust system, and Rebilly seemed to fit the bill.”

Rebilly has specifically helped the Curzio team with the following issues:

Customer service is of the utmost importance to Curzio, and it’s important that their billing tools help them provide it. “We need a robust system that can act similarly to a CRM, and we’ve been using Rebilly like this.” Using the notes and reports features, and working with their development team, they’ve customized their Rebilly dashboard to help them get the information they need to provide the service they pride themselves on.

This has been especially helpful to them as a company with multiple products. As of right now, they offer five Publications, and are adding more soon — and every one of the Publications has all of the subscription options mentioned above (monthly, quarterly, etc.). Curzio needed a billing system that would let them see how their customers are spread across their different products and plans, move customers from monthly to annually or vice versa, and make all of this a seamless experience from the customer’s point of view.

One of the things that prompted Curzio to switch to Rebilly was that they needed to make sure they weren’t at the mercy of any one specific gateway or processing company.

“We have some months that process more transactions than other months, and we like the luxury that Rebilly allows us, of bringing our own gateway and having as many as we like in the portal.”

Before, they were spending “way too much time” on billing every month. Now, they can make use of Rebilly’s automated reports, and see any issues at a glance. Whether someone didn’t want to renew their subscription or their credit card gets declined, they can pull all of that information in one simple report.

They can also do A/B testing now — which wasn’t an option before. When offering a newsletter, they like to test different price points for the different plans, and see which one results in the best overall metrics for the business. Before, they couldn’t set up variations; now, they can set up different plan IDs (with different prices, to match their A/B tests) for one newsletter. “It makes it much easier for us to report on the test results and get that information back to the marketing team and sales team, so we can see what’s really working out there.”

Using other, simpler subscription tools made it hard for the Curzio team to fight chargebacks (or make sure they were legitimate). All they could see was the request for a chargeback. This made it difficult to dispute chargebacks — a process that requires collecting communication emails, payment information, whether or not you’ve reimbursed the customer, etc.

With Rebilly, it’s different. Notes Christine: “We can look at the dashboard, pull up that specific customer, and look at his history. If he’s subscribed to our newsletter once or twice, and asked for a refund both times, then he has a history of subscription and then requesting a refund, because he wants to see what’s in the publication.”

With this information at their fingertips, they can easily pull it and send it to companies for chargeback disputes, as needed.

Using Rebilly’s reporting features, the Curzio team can make data-based decisions about their business. “We can tell which one of our newsletters is the most successful, and not just that, but which plan is the most successful — for that newsletter, or across our entire customer base. Is it the monthly plan, or the lifetime one? Having easy access to that level of data was something we’d never had before.

The reporting features also make it easy to get commission reports to employees. “Rebilly is critical in helping us reconcile those numbers. It gives us the flexibility of pulling purchase data by timeframe, plan ID, and price point, so we can see exactly which customers signed up during which promotion and create accurate commission payouts accordingly.”

All told, Christine (and the rest of the Curzio team) are happy to be using a subscription billing management tool that supports their business goals.

“It’s added a lot of value to our business — especially to our customer service team. When a dissatisfied customer calls in, you don’t want to go to three different sources for the information you need. Having Rebilly means that our customer support team has their dashboard, they type in the customer’s email, and the record is right there. It saves so much time for everyone, and saves us a lot of headaches.”

Christine (And the rest of the curzio team)

Want to see the benefits for yourself?